On this page we feature books which were written by our guest speakers, or featured prominently in our discussions.
Links to purchase these books are provided. 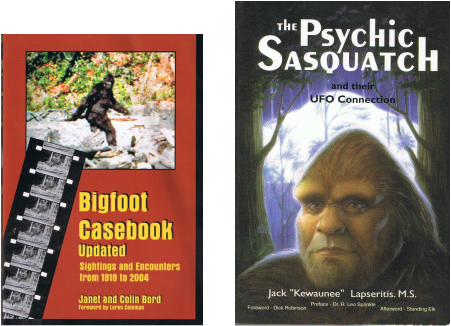 Bigfoot and other cryptids were the topic of discussion
for the Feb. 2, 2015 meeting. 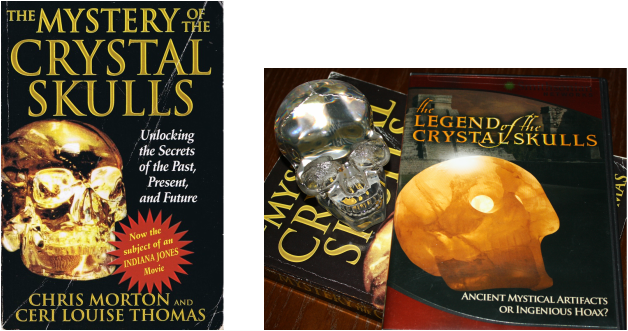 Crystal Skulls
were the topic of discussion
at the Nov. 3, 2014 meeting.


The Smithsonian video does an excellent job of showing the tests
which were performed on various
crystal skulls to test them for
"authenticity." 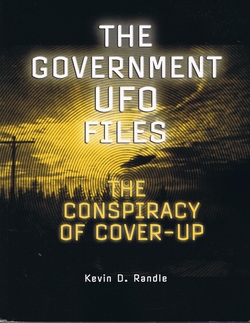 Kevin Randle has researched, interviewed, and tracked down hundreds of leads to present this case for government incompetence!   Available at amazon.com this is a must-have for every UFO library.


Be sure to check out other UFO books by Kevin D. Randle.   I highly recommend all of his works!    Kevin's research is impeccable. 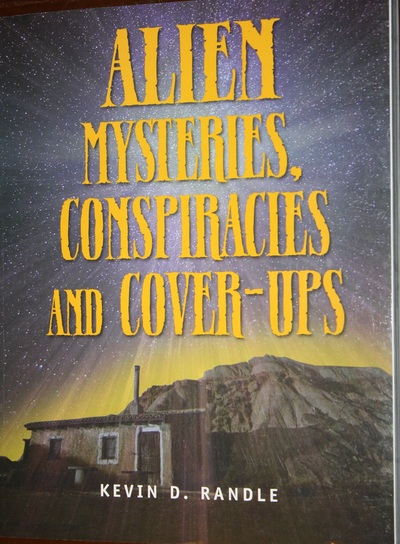 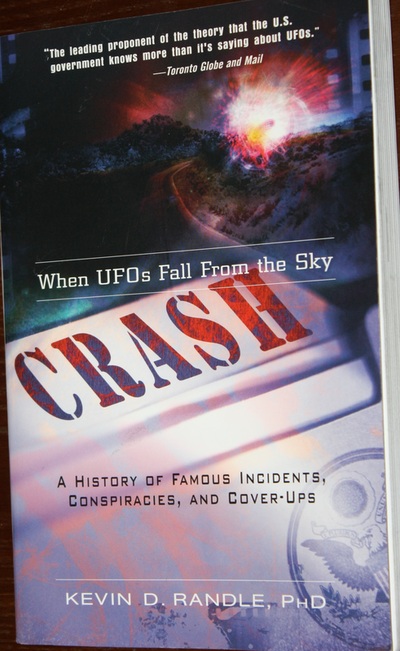 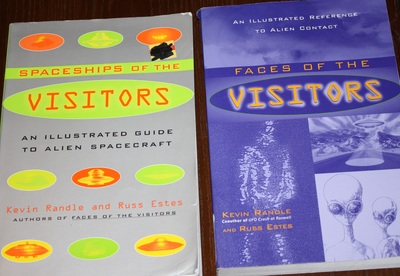 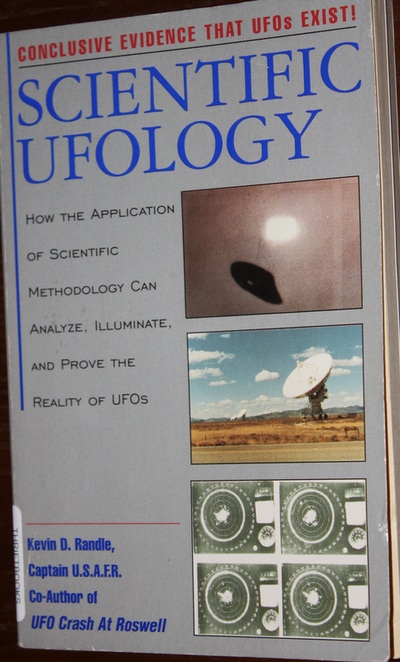 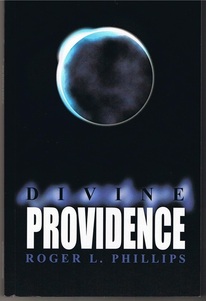 Roger Phillips is a computer graphics artist with interests in painting, classical music, cars, and amateur astronomy.    He is the author and artist for Close Encounters Studio.


From the back cover:
"....Since 1947, the U.S. government has concealed its discovery of a tenth planet invisible to ground-based observatories. ...... Radio signals reaching the Earth reveal an alien intelligence that sounds like it is about to follow a disastrous path that will take Earth with it."


This sci-fi thriller is available through Amazon (also available on Kindle), and Barnes and Noble. 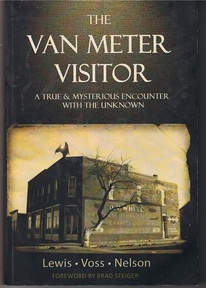 The Van Meter Visitor tells the true tale of the unknown in Van Meter, Iowa
circa 1903.   What was the strange creature that emerged from the
abandoned mine?   Over 100 years later 3 researchers head to Van Meter
to find out. 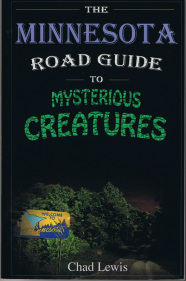 Minnesota Road Guide includes stories about sea serpants, Bigfoot,
and the Long Prairie Alien.   Chad Lewis has compiled all the strange
and wonderful lore of our state!


Find more of Chad's "road guides" at Unexplained Research.
There is most likely a book about your state! 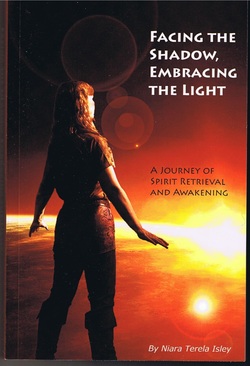 Facing the Shadow, Embracing the Light is the story of one woman's induction into the world of extraterrestrials, flying saucers, shadow government operations and finally, her own transformation.   In 1994, Niara Terela Isley discovered a disturbing three-month block of missing time from her time in the USAF. Undergoing hypnosis with the late Budd Hopkins to investigate this and other memories and strange dreams from childhood, what she discovered turned her life inside out for many years.   This book is not only the story of her traumatic experiences, but also of her journey through understanding and healing.
These book were mentioned in the video for the March 3rd meeting, with new information about "Witnessed" revealed.   All are available at amazon 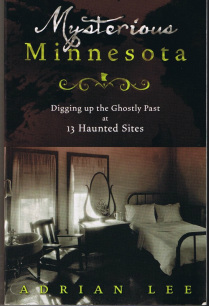 Mysterious Minnesota details the history and hauntings
of 13 of the best-known sites in MN.   This book is unique in its
presentation of the history of the state, as well as in the fact that
the "ghosts" helped drive the research. 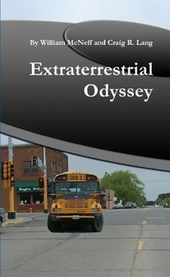 “Extraterrestrial Odyssey”, co-authored with Roger Kvande, Bill McNeff, and Craig R. Lang.  Mr. Kvande has a BS-EIA. Mr. Lang has an MS-SE and is a Certified Hypnotherapist.  Bill McNeff has  a BS-EE. The book describes the mind-boggling UFO/ET encounters of Mr. Kvande. My co-author Craig Lang has known Roger Kvande for 15 years, and I have known him for about ten years.  As a Field Investigator with MUFON, Craig Lang initially met with the witness and documented two of his accounts.  Over a period of several years, first Craig and then I investigated Roger’s accounts.  We have met with one of his long-time friends and with family members, all of whom support his accounts.  He has especially detailed and clear memories of several very unusual experiences. In addition, R.K. describes a knowledge infusion by the semi-sentient computer/mind in control of the alien ship in which he found himself on several occasions.  He is thus one of the few persons who allegedly has extensive knowledge of one extraterrestrial civilization and the technical workings of an alien spacecraft, which has space-time travel capabilities.  Everything which Mr. Kvande recounts is consistent with what I have learned about UFOs and ETs in over 60 years.  The book can be ordered in either paperback or electronic form from:
http://www.lulu.com/shop/roger-kvande/extraterrestrial-odyssey/paperback/product-20615539.html
Bill McNeff 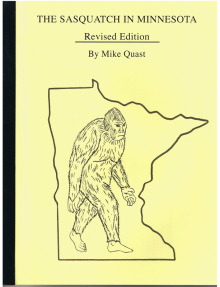 Yes, Virginia, there have been numerous reports of
Bigfoot (Sasquatch) in MN!   Mike Quast includes his
findings from 10 years of research in this one-of-a-kind
work. 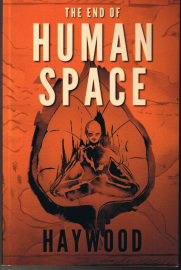 "AN UNEXPECTED NEW FRONTIER.A young man finds himself lost in the Great Stories, and while exploring those pages he finds a Great Story of his own: a perilous adventure into a primitive culture’s awkward attempt to greet a mysterious and powerful Other. Taking up the lance of truth like a modern-day Don Quixote, he barrels headlong into unknown terrain in search of answers to a puzzle with ancient origins and a controversial solution.

This factually grounded science fiction explores a mind-bending second front of Alien contact in a world where human governments have condemned conversations with Aliens as illegal. Yet an unlikely group of adventurers has cut through the wires of a cultural fence to make a stunning discovery of an ancient biotechnology interwoven into their very ecosystem. The Aliens wait patiently for humanity to transcend its ignorance. They’re here, and those who wish to look may now learn Their shy lessons."

Author Russ Haywood was a guest at Lakes Area Paranormal in 2013. His diligent research while writing The End of Human Space led him to some interesting conclusions about aliens and our own minds.